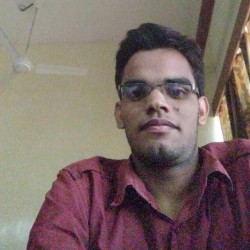 Bitcoin is a new trending form of a cryptocurrency and the first decentralized form of digital currency, as the system handles without a central bank or single administration. Although it was introduced in 2009 as open source software under the name of Satoshi Nakamoto Now it is trending in current market.
As of February 2015, over 100,000 merchants and vendors accepted bitcoin as payment method and research produced by the University of Cambridge estimates that in 2017, there are 2.9 to 5.8 million users using a crypto-currency wallet, most of them using bitcoin.


Why is it trending in current market?
If you are a social media user and don’t know about bitcoins then do search and compare its price statics in an interlude of one year. I can bet you will be enticed towards the bitcoin and you will question yourself, should I trade in it? Because it will seem a profitable deal.

I am not an economist who trade in the market or who has been looking down at Bitcoin from the start. But Bitcoin is something worth thinking about for economists and all people who trade in market. Even many big stock exchanges such as NYSE (New York Stock Exchange) and CME (Chicago Mercantile Exchange) adopted it as a medium of exchange.
Legal Status of Bitcoin
The legal status of bitcoin changes substantially from country to country and is still undefined or changing in many of them. Whilst the majority of countries do not make the usage of bitcoin itself illegal, its status as money (or a commodity) varies, with differing regulatory implications. While some countries have explicitly allowed its use and trade, others have banned or restricted it. Likewise, various government agencies, departments, and courts have classified bitcoins differently.
As report of TOI “The Reserve Bank of India says that it has not given any licence / authorisation to any entity/company to operate such schemes or deal with bitcoin or any virtual currency”
Is it a Bubble in Market?
What is a bubble, how do we know when is it a bubble, and when will this bubble burst? These are all very arduous questions for economists. But a good sign that there is a bubble is when a large share of market sharer are buying based on untenable pre-assumptions. So what are the assumptions that bitcoin market sharer have? Many, I believe, are buying because they think prices are being hike, making this a “lucrative investment”.
Let’s investigate into this assumption little bit. Why might Bitcoin continue to rise in price? Why might price of Bitcoin endure to accelerate? I think it can’t be because people only see it a good investment because of hike in price. It is like a fraud scheme because only single mentality of people are participants in it, only optimistic who think it price will hike.
I don’t think so, it will sustain like hike of price. Ultimately, one day it will stop and affect the market badly such as market crisis of 2008. Once price going down so buyers of bitcoins decreasing exponentially same as we saw rise in the number.
Another reason prices might continue to rise is that Bitcoin will be useful as a medium of exchange for a growing number of people. However, it’s important to recognize that these two assumptions run contrary to each other. Rapidly rising prices are not a desirable feature of a currency. And yet I think some market participants hold these contradictory assumptions in there head: I’m going to make a ton of money off of Bitcoin because prices will continue to grow exponentially AND Bitcoin will expand as a currency.
Bitcoin is beneficial for those who are not thinking to being a long term investor and only do Intra day trading in a little part of it. For example someone do trading for 0.001 bitcoin.