The Salman Khan hosted famous reality show Bigg boss season 11 is in its final few days with winner to be announced on this Sunday, predictions of winner are buzzing around social media. Shipla Shinde, Vikas Gupta, Hina Khan and Puneesh Sharma are the final four contestant to reach the finale. Though Shipla Shinde, Vikas Gupta and Hina Khan are putting their contender-ship on behalf of their wonderful journey in more than three months lasting reality show, Puneesh Sharma is seen as NOT being in top 3, as he is the only commoner in final 4 contestant. Puneesh Sharma has also been seen many a time saying that reaching into top 4 is itself an achievement for him and he knows that he has very rare chance to win the show.

I love Shilpa Shinde too!!!! Shes played v well … Nobody can take that away from her!!! Anybody who lasts more than 100 days in biggboss totally deserves praise. Hina puneesh akash included!But it's the final week n I feel everyone is goin to make a choice!!! 👍

So here comes da top 4 n So its time 2 show our love n support 4 da one and only #VikasGupta @lostboy54 Viewers call him MasterMind but I found him Genuine & Generous bcus he used his mind to win n not 2 defeat others. #Voteforvikas All the Best 👍🏼 pic.twitter.com/Nt9IPCpBbM

Shilpa Shinde, Vikas Gupta and Hina Khan have a huge fan base and having many twitter handles owned by their fans which are promoting their favorite contestant day and night and asking to vote for their favorite through voot app. Not only their die-heart fans but also many TV actors are claiming their favorites as winner and few of them even providing good reasons for that. Similarly vikas Gupta’s fan took in twitter to made #VikasDeservesTheWin as top trend in twitter and hina khan fans are using HINA DESERVES BB11 TROPHY to show their support.
Though Shilpa Shinde with her lovely looks, strong character and funny expressions seems to have won many hearts and clearly looks like leading the other two contestant. Many voting trends in twitter also support Shilpa. Official twitter handle of VOOT took it to twitter for voting of the winner and as of now with over 32K voting(voting is still going on till late night so data may vary little bit) Shilpa Shinde is leading with more than 50% votes.

Since voting is going on voot application and  we can not assume result based on twitter n as  every one does not frequently uses twitter in india but still margin of Shilpa with Hina and Vikas votes is substantially huge but you never know Vikas has been seen as mastermind of the house and he might get the viewers favour with last task on his name as ‘Vikas City’ is going on with only fews hours left for voting lines to be closed.
With so many speculations going around do watch who gets the trophy by Salman Khan on this Sunday, 14 January 2018 at 9:00 PM on colours TV. Till then keep putting your prediction in comment. 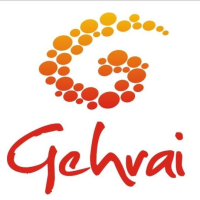